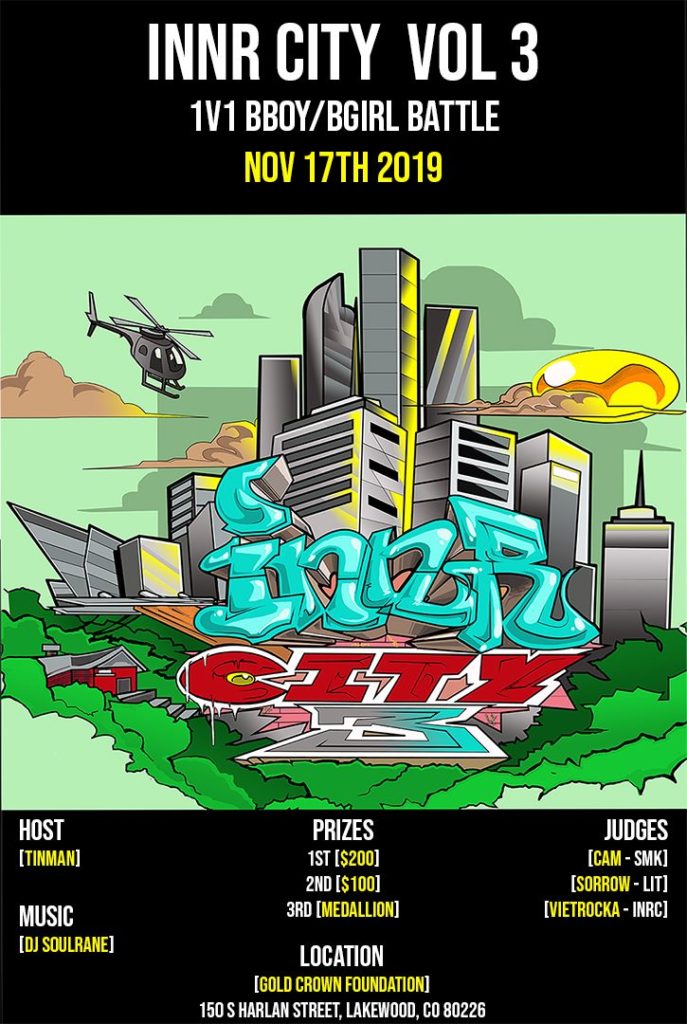 Denver Hip Hop Crew, InnR City has been throwing their annual Breakin’ jam for the Colorado community going on 3 years. This year InnR City hosted a 1v1 bboy/bgirl Breakin’ battle for all ages allowing the youth to battle against the adults and more seasoned dancers.

Founded in 2011, InnR City originated in D-Town that has now expanded into a diverse group of individuals who are now considered family. Dance is their source of freedom and outlet for expression. The crew consists of dancers and artists which include: Emerge, Malo, Monster, DVS, Short, Token, Joe, Viet Rocka, Tinz, DanVy, Marcos & Natalie.

The Competition winners of the event were:

—Check out Amida Crew’s Experience at the event—